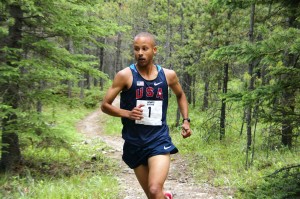 Developing a cross country program at the high school level requires careful attention since governing bodies in most states limit preseason activities for a season that is invariably shorter than that of other high school sports. Books dealing with the training of world class athletes are less than helpful, not only because of the vast physical differences, but mainly due to the limited time frame given to the high school cross country coach.

While a well established program may have the athletes training in groups during the summer, many coaches are faced with a group of poorly conditioned cross country hopefuls. The great New Zealand coach Arthur Lydiard would have his elite athletes run long runs over various terrains for at least ten weeks (about the length of a high school season) just to get them prepared for what he would call training. He felt that the key to cross country progress is aerobic capacity. When we were fortunate enough to get the opportunity to spend several hours alone with Lydiard a month or so before he died, we discussed this philosophy as it concerned high school athletes. He was adamant that putting in the miles is the key to success. These runs are generally done at “talking pace” which is a speed that increases as fitness increases. This long distance training forms a base upon which the real training program can be built. Opponents cry out that runners cannot learn to run fast by running slowly, but the base is merely a conditioning process to prepare the entire body to be able to handle a very intense work load. Where some coaches go wrong is they will see measurable increases in speed with the endurance phase and, therefore, neglect the faster tempo and speed work which is necessary to gain optimum performances for the championship races.

An essential ingredient, then, in building a successful high school cross country team is a summer training program. In some states coaches can be directly involved, while in others they must have no contact at all. Summer runs can be conducted by team captains. This takes the coach out of the equation and helps develop a sense of camaraderie and team unity. In most programs the athletes meet at a chosen location three to five days a week and then split into groups based on ability. The runners set out on their respective courses for a given number of miles or minutes. For developing a sense of “team,” choosing minutes works out better as everyone finishes at the same time no matter how far they have run. Finishing at the same time allows runners of all abilities to do the stretching and core strength exercises as a unit.

To reach the highest levels, top high school runners usually log between 50 and 90 miles a week during the off season with less mileage run during the weeks of higher intensity training. These athletes add mileage each year to their weekly totals. Most freshmen aren’t prepared to handle the same mileage as a senior, especially when the intensity increases. Most programs continue to include a long run each week to help maintain the aerobic development. Many of the top high school programs also include an easy team run before school each morning.

Ideally, the coach greets a group of youngsters who are fit and ready to go after having trained throughout the summer. Realistically, many still fall far from this category.  What these kids need is a bit of fairly easy distance running to prepare their systems (muscles, tendons, lungs, heart, and self confidence) for competitive training. For some kids, that means most of the season will involve getting ready to start training. For the better prepared, faster workouts will be started almost immediately. It is essential, though, that high school runners build as strong a base as possible before high intensity runs.