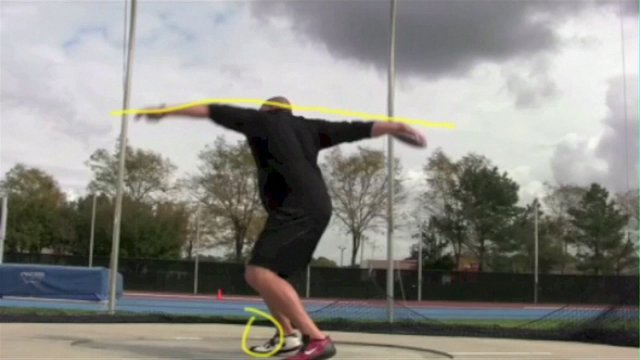 Video analysis of the stand throw in the discus

Discus technique training at the front of the circle will involve discus stand throws. During discus stand throws, the thrower should focus on keeping the bodyweight back over the right side as the right foot turns into a solid left side block. The right foot turn will create seperation between the upper and lower body, the block will speed up the discus at the release.

Throwing without reversing the feet in the stand throw will help develop the technical aspects of the throw needed for a proper release.

Discus technique training should include drills without throwing and throwing drills like the stand throw to develop both technical precision from the back of the circle and proper release mechanics at the front of the throw.

How Many Stand Throws?

Generally, discus throwers will take 8-10 standing throws during practice as part of the throwing specific warm up.

Developing the stand throw in discus technique training is only one element needed for success but it is critical for the discus thrower to learn the proper release.