Four elements of the long jump

Watch how she drives from the back of the runway on the first five steps and accelerates into a tall running position. She has great acceleration on the approach run and controls her speed to prepare for the take-off.

As the long jumper prepares for the take-off, the hips are slightly lowered to prepare the body to lift up and drive off the board. The first jump, the lowering is not very noticeable, but in the second and third attempts, the lowering of the hips slightly helps her get better distance.

The announcer states “a little flat perhaps” about her jump on the first attempt, referring to her height in the air, which is directly related to her not lowering her hips as much before the take-off. 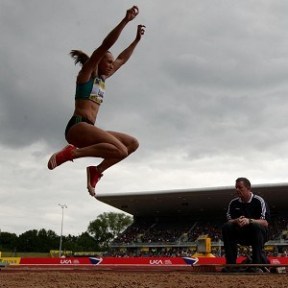 Jessica Ennis also does a great job of hitting the board and not fouling her jumps.

The in-air technique starts after the take-off, Jessica Ennis brings both arms up and both lower legs back under her until she hits the peak of her jump.  After she hits her peak height, she brings her hands and feet forward to prepare for the landing.

The feet land first and slide into the sand as the body moves forward into the space created by the body. Some long jumpers roll to one side during the landing to lessen the impact at the end of the long jump.

Combined events athletes often execute the technical elements with more precision than some of the world-class long jumpers. The combined event athletes need to learn several events and spend more training time on the basics. 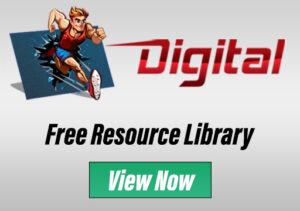