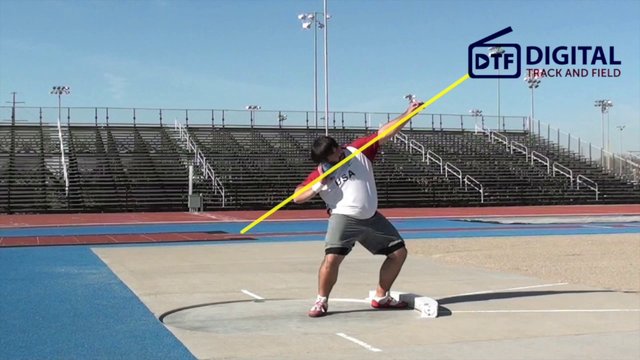 Video analysis using Ubersense of the stand throw for the spin shot put. The focus of the video is on the left side blocking action during the throw.

One common mistake is to drive the block arm down too hard. The chest and left arm should meet during the release action of the throw.

The left leg is bent slightly as the throwers turns and lifts the body, then the left leg straightens out and blocks at the front of the circle.

The shot-putter attempts to get a long pull on the ball, as the thrower turns and lifts, the shot put should stay back over the right side to create a long pull, creating more force on the ball at release. When the shot-putter is ready to strike, the ball is driven up, following the path created by the left arm opening up at the start of the stand throw.

Coaching education from experts in track and field, giving you a competitive edge.