Usain Bolt finished 3rd at the 2017 IAAF World Championships recently in London, England, which was his first defeat at a major championship final in several years. However, from start to finish Bolt covered the 100-meter distance faster than any of his competitors; so, Bolt was the fastest runner in the race but he did not win, in fact, he placed third.

How can the fastest runner place third?

If the reaction times were equal between the three medalists Justin Gatlin, Christian Coleman and Usain Bolt, the race would have been totally different. Here are the adjusted times to hundredths of a second without the reaction times from the starting blocks.

Now, let’s look at the reaction times of the three medalists:

Now, look at the final results with the actual performance including reaction times from the 100 meter race in London.

In the 2016 Olympic Games, Usain Bolt had a reaction time of .155 and Justin Gatlin’s reaction time was .152. Although Usain Bolt’s start was slower than six of his opponents in Rio, he still managed to win the race over Justin Gatlin by .08 seconds. However, his start at the 2017 IAAF World Championships was beyond recovery.

The worst reaction time in the final at the 2017 IAAF World Championships was China’s Bingtian Su at .224. The best overall reaction time of the competition was Kukyoung Kim of Korea at .115. Kim placed last in his semi-final race clocking 10.40 over 100m. Which is still very fast.

How is your reaction time?

You can practice your reaction time at home courtesy of The New York Times:

Maybe Bolt was afraid to drive out of the blocks, especially since he false-started at the 2011 World Championships. Whatever the case, Usain Bolt is still very fast. With a better start and his speed, Usain Bolt can be a dominant force in track and field for at least a few more years. 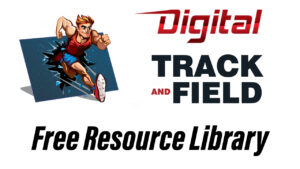